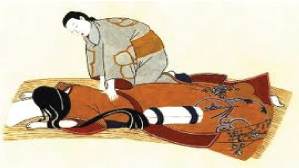 Of Japanese origin, Shiatsu is an energetic manual discipline. Shiatsu in Japanese is translated as "finger pressure": "Shi" meaning finger and "Atsu" pressure. The aim of Shiatsu is to harmonize the energy of the body to correct the irregularities of the organism. According to the definition given by the Japanese Ministry of Health, Shiatsu is a technique which uses the fingers and palms of the hands to exert pressure at determined points, with the aim of correcting irregularities in the body and to preserve and improve the state of health. In Japan, it has been recognized by the Ministry of Health since 1955 as a medicine in its own right.

Shiatsu, derived from Traditional Chinese Medicine, is based on the principle of circulation of Qi, the vital energy. According to Traditional Chinese Medicine, the body is crossed by meridians which connect all the organs and functions of the body. The Qi circulates more or less fluidly along the meridians. It can happen that energy accumulates or is lacking in certain areas of the body. This poor circulation of Qi is expressed in the form of physical and mental disorders. By rhythmic pressure along the meridians, the practitioner restores order to this circulation. 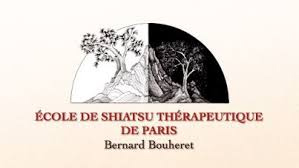 Sei Shiatsu Dô translates as "Way of Sincere Shiatsu". This shiatsu is taught by Bernard Bouheret, physiotherapist, director and founder of the Therapeutic Shiatsu School of Paris. Bernard Bouheret was trained in Japan from 1977 to 1983 at the Hakko Ryu school of Master Okuyama Ryuho. In traditional Japanese martial arts schools, the masters have medical knowledge to heal the students. This is the case of Okuyama Ryuho (1902-1986) who, in 1938, founded the bases of his new school of Ju Jitsu, whose originality was to train "practicing warriors" aiming at a double teaching, martial and medical.

After 25 years of intensive practice spent in his practice, Bernard Bouheret developed “Sei Shiatsu Dô”, the “Way of Sincere Shiatsu”. Sei Shiatsu has its roots in the authentic Taoist traditions and is based on the ancient foundations of Traditional Chinese Medicine. Sei Shiatsu emphasizes the opening of the heart, essential to nourish the practice, where the practitioner is constantly between heaven and earth. He knows how to forget his physical, energetic strength, to work only with the right intention because, as in the Taoist saying : "Breath is guided by thought, thought is guided by the Heart" (Cf. BOUHERET B., L'Art et la Voie du Shiatsu Familial, Éditions Quintessence, ©2006).

Shiatsu is above all a “preventive manual technique”.
Practitioners also recommend it to:
- reduce states of stress; tension,
- stimulate and strengthen the body's immune system,
- reduce pain.
- bring physical and psychic relaxation.
It is recommended for everyone, at any age of life.

How is shiatsu practiced?

Traditionally, the Shiatsu session is carried out lying on the floor on a futon. It can also be received in a sitting position.
The person is dressed, preferably with comfortable and light clothing.
After a first general check-up, the practitioner applies pressure, stretching and support with her fingers and the palms of her hands over the whole body.
The points treated are chosen according to the person's needs.